After a turbulent couple of months for the property market, some more positive news is beginning to emerge, as the BBC reports. The average five-year fixed-term mortgage rate has fallen below 6% for the first time since the surprise mini-Budget in September. This is welcome news for first time buyers and those seeking to remortgage their properties.

UK borrowing costs soared in September, after the financial markets were spooked by the unexpected announcement from the former chancellor Kwasi Kwarteng of millions of pounds of unfunded tax cuts. Mortgage interest rates hit a peak of 6.51% in late October, but have since fallen to below 6%.

Despite the turbulence, it is thought that thousands of mortgage holders and first time buyers locked in a deal with a lender this autumn, either out of necessity, or because of fears that things could only get worse. However, it may now be advisable to shop around for a new deal, as there are more favourable market conditions.

It is a good idea to seek out the services of an experienced mortgage broker if you haven’t already done so. This is because they will have access to a comprehensive range of lenders, and will know which ones are able to offer you a competitive deal which is most suited to your requirements.

Before you take decisive action, you should check that you won’t lose your booking fee, legal fees, or arrangement fees with your current lender. In most cases, these fees will not be applied but there may be some exceptions. Even if you are not reimbursed for any charges which occurred, it may still be worth seeking out a new cheaper deal.

There is some more positive news for first time buyers, as house prices are finally starting to fall, after eighteen months of unprecedented growth. The property market is less competitive, and sellers may be more prepared to bargain over a price, and settle for less than the advertised asking price.

One couple who bought their first property in a suburb of Manchester explained to the local paper that they had to settle for a different area than the one they first planned to live in, because they bought at the height of the market frenzy last year.

One of the couple, Laura, had the following advice for first time buyers: “I’d say that now the market is a bit quieter after the mini budget, don’t hesitate to offer less than the asking price.”

She added: “We bid over the prize because we had to as it was a seller’s market, now it’s becoming more of a buyer’s market so I think young couples need to grasp this opportunity to get a house for a bit cheaper than what they would have pre mini budget.”

“To help save, I’d say budget for everything. We made an Excel spreadsheet and we still do it now to plan and track our spending. I’d say we’re more financially comfortable now but we still try to save where we can with everything down to food and petrol.”

If you are looking for some expert advice, it is recommended to contact a mortgage broker Wood Green. 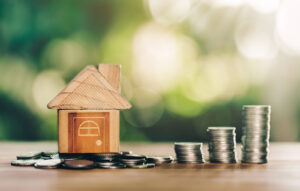 Tips For Successfully Getting On The Property Ladder In 2023

Anyone hoping to enter the property market for the first time in 2023 faces some daunting challenges, but it is still perfectly possible with the 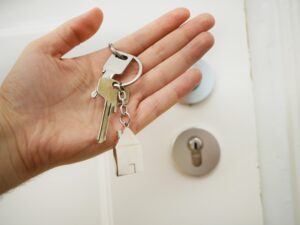 If you are a first time buyer, and you’ve already put the research in to work out the amount you can afford to borrow, the 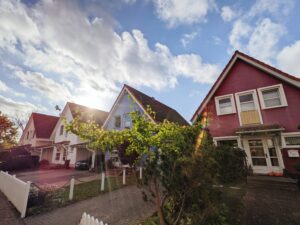 After a turbulent couple of months for the property market, some more positive news is beginning to emerge, as the BBC reports. The average five-year